What is a "Proper" BBQ gun? 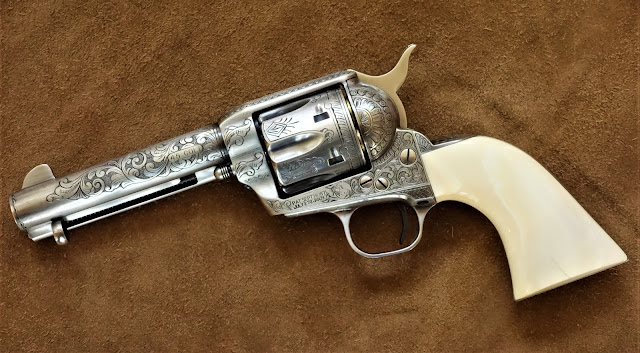 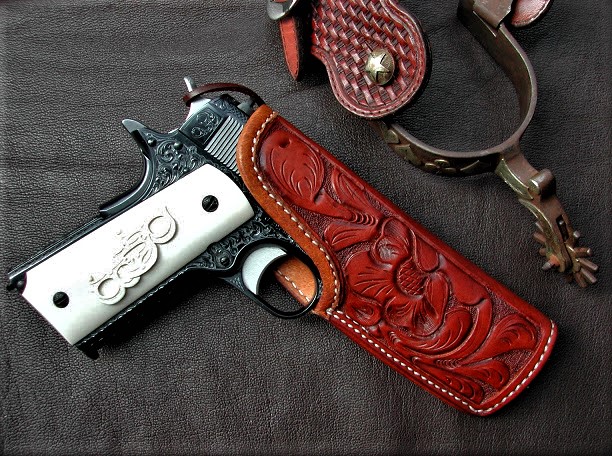 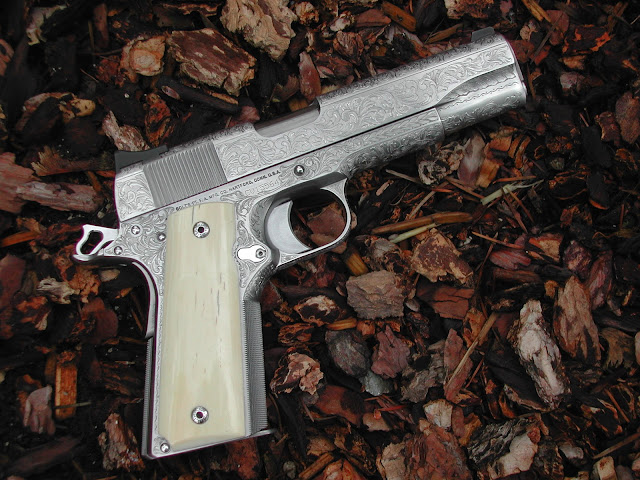 "BBQ guns are without question a long Texas tradition. Understandable that one might miss
the "rules" if not steeped in the generation lore of the SW gunman. BBQ guns are carried
concealed under the gentlemen's jacket during the more genteel times and public places.
That are a working man's embelished firearm fully capable taking care of business as
intended and still enable the owner to take into court, a cantina or your church with
some pride of ownership and a warnign tothose that might offend.    A BBQ gun is
never be seen without intent, and never shown just to impress or offend the Judge,
Ms. Daisy or the Church Chior. There is a very specific short list of what a BBQ gun is
and what it aint.   Best education on what a BBQ gun actually is would be a stroll
through the Texas Ranger Museum in Waco, TX.  And what a BBQ is not by a visit
to the national Cowboy Museum's Hollywood and Movie star exibition, in OKC."

You can call any gun a BBQ gun. It is still a free country. But calling a cow a bull,
don't make it a bull."

I have plenty of photos on my computer of some very nice guns.  A few like guns
tucked away in my safe.   Few are worthy of the title, BBQ gun.


First and for most a BBQ gun is a full size fighting handgun.   If it can't be carried
on a belt easily in open daily carry, or just as easily concealed carry, it aint gonna
make a decent BBQ gun.

The definative description a BBQ gun was written long ago by working Texas LE.
BBQ guns weren't  an invention of NYC or the jonny come lately fancy "parade guns"
hostered by sissified California movie stars shooting 4:1 blanks.    They sure as hell
were never a working cowboy's gun.    Possible though that it might have been the
Ranch owner's gun if he also had a politically motivated LE commission.   The
definition of a BBQ gun was already written in stone and blood prior to 1910.
Not to be confused with Colt presentation guns or simply a fancy "hog leg"
Colt prior to 1890.

Real BBQ guns were first the working guns and then the treasures of a few
stalwart SW Lawmen.

Women and children don't get to see the BBQ gun unless it is by chance. Might
make the females nervous and draws too much attention from a young'un.
But no man with any degree of concern for friends and family would go
unarmed to any social setting.  BBQ guns are only seen by your pards after
the socializing is done with women and children.   Even then with discussions
of serious matters, politics, horses and good guns, the BBQ isn't a  show piece
to pass around.

Helps to know that most Texas BBQs are social and often political affairs  of like
minded folk.  Places gentlemen wear a jacket and tie.   A court appearance for
LE as an example.   Weddings or a Sunday church gathering are all acceptable
places for a BBQ gun to be tucked under the jacket.  Places gentlemen wear a
jacket and tie and also a place one might take the prized BBQ.

They aren't guns you wear to Bob's back yard BBQ with Aunt Jane.  Uncle Bob
wearing his shorts  and blinding all those around him with the reflection off his
knees while flipping burgers while the kids push each other into the pool is not
the place for a gun from chrimney sake!

If you need a gun to show off to Uncle Bob and Aunt Jane you don't have the
where with all to actually own one let alone use a proper BBQ gun.

Attributes of a true BBQ gun

Full sized steel firearm that can easily be carried concealed on the hip
with few rare exceptions it a pre Series '80 Colt 1911, Combat Commander or SAA
the exceptions are generally K frame S&W or the occasional HP
If you haven't seen one in the Texas Ranger Museum it aint a proper BBQ
Ivory, pewter, silver or pearl grips (no movie stag) style points for carved or engraved
master C engraved or better
nickel, gold or silver plate (nothing no matter how fancy in blue)

what a BBQ gun is NOT

It is not a j frame revolver
it is not a Sig, Glock or any modern 9mm/40 cal
it is not a 5.5" or 7.5" Colt SAA
it is not generally a blued gun. The obvious exception is a
heavily gold, inlaid fully engraved blued gun. 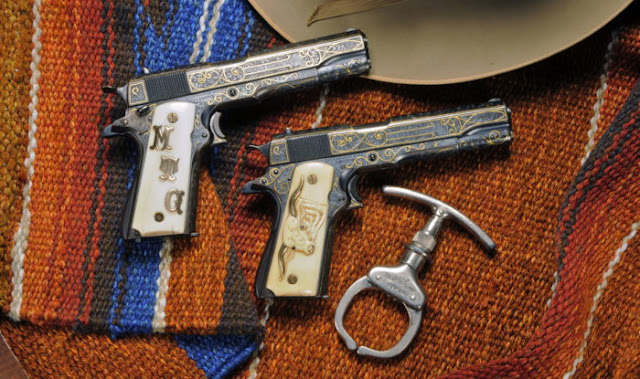